There was a fire smoldering in the pit this morning, lit last night for Thanksgiving, still putting coal smoke in the air. If not for the fire, it would have been crisp. Getting up at 7am to head to work, blue waves of sky beating trees like sea grass. But you could smell the smoke as soon as you opened the door, like nothing’s letting go of last night. Can’t feel fresh and clear while the fire burns.

I took my time at work. A mostly vacant day, people caught up in recovery from last night’s celebrating. I met a man who was starting his own business and a lawyer who’d inherited her client’s trust. Purposeful people, who’d gone through the whole nine yards to put powerful titles beside their names. Professionals. No one talked about turkeys, and when I asked, they each said Thanksgiving had been ‘just fine.’

I got a text from M saying she could see the stars. She’s camping right now so they’re clearer. I thought about blankness, and space, the cold, and how lovely it all seemed, and I thought about the smoldering fire. Grey smoke’s still going. Lighting out the route for tomorrow.

Becky Albertalli, Leah on the Offbeat

In between dinner with you I hear the rain. It’s on the roof, the windows. It’s flooding the creek. It sounds like a velvet bag of go pieces. White and black, perfect round, picked up and let back through your fingers. It feels good to drop something and know you can pick it up again.

There’s a white and black cat in the neighborhood, no-one knows her name. She stalks the other cats but strays from people. Once, she let me pet her, but just because it was okay once doesn’t mean it ever will be again. I got home and popped my umbrella. It was cold, wet, windy, the wind tried taking everything from my hands. On the switchback to my second floor apartment, I saw the white and black cat. She was sitting on the rail catching balance. She wasn’t doing a good job of it on account of the rail being slick. It was the least graceful I’ve seen her. Fat paws tossed like woks. I fell in love.

I said: “Kitty!” and “Hey!” It took her attention. Two black eyes, carbon on its way to diamond, the cat threw caution and grace behind her and leapt off the rail to get away. I was a little worried so I looked down. She was fine. Last I saw, she was chasing dry spots in the rain.

Now, in the bedroom, listening to music, I don’t hear the storm.

I had a dream that someone I cared about was being chased. I tried to fight the chaser. My fists were putty and I just kept poking, prodding. They took off anyway. I’m sort of glad I didn’t hurt them. I don’t want to hurt much of anything. I’ll cut the sound and really listen. Autumn; a chill; rainfall; a lullaby.

“Amanda took the torn page from Maniac. To her, it was the broken wing of a bird, a pet out in the rain.” – Jerry Spinelli; Maniac Magee 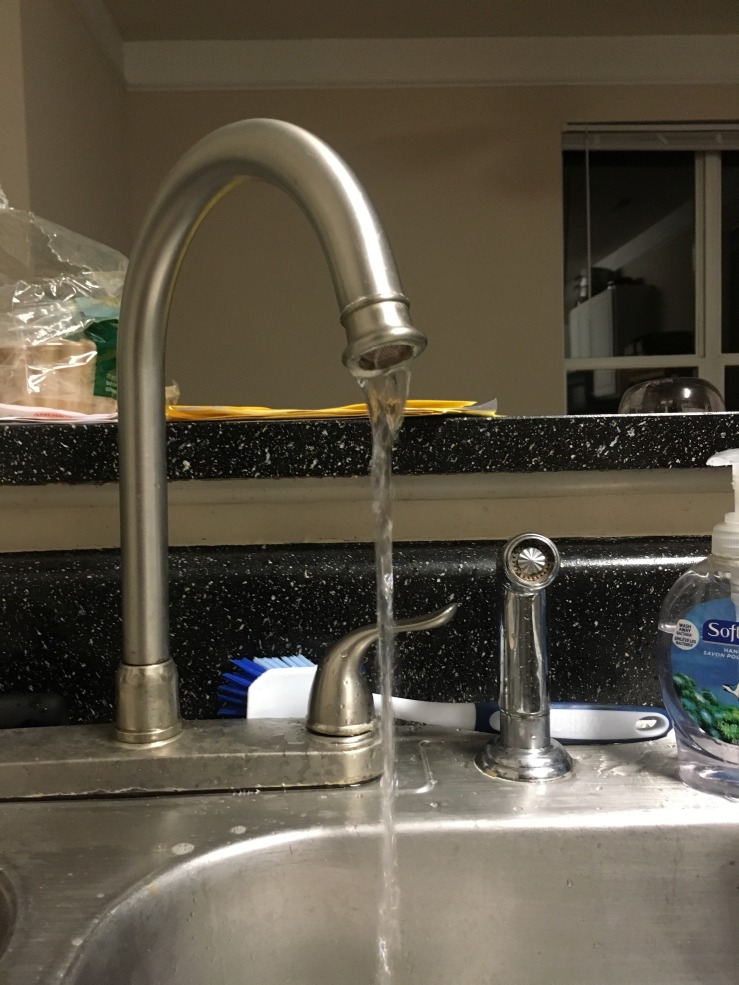