Coffee: Almond Milk Latte, Bottled, Starbucks Brand; was a bit lighter than the dairy stuff; a road drink, caffeine to get you places, the formaldehyde linger of sugar

I was four feet out in the lake where the water got up to my shins. A dead fish passed by. The sun was out, a few white clouds. You were so far away, it seemed, even more so with the way the water was moving.

Today was preoccupied with climate change. After morning, the sun got higher and hotter and we were sweating 90’s. I came home and sat under a ceiling fan. I listened to a podcast panel talk about how the climate crisis is informing peoples’ decisions to have children. We’re all scared, basically, and none of use know what to do.

There’s this performance that’s been going on around here for 20 years, The Paperhand Puppet Intervention. I heard about it a few weeks ago for the first time. Today, after the lake, S invited me to see it (she was going anyway, she’s got family performing) and I said ‘Sure.’ Driving over to Chapel Hill, my car read 98 degrees. The performance was outside, but thankfully under old UNC trees.

What’s worth fighting for? The play was a predictable kind of magic, bred from the bones of this old liberal town up on it’s hill. They danced on stage as elaborate papier-mache monsters, circling birds. S’s son was mostly mesmerized. The story went like this: the heavy hand of industry strips a forest of its trees and builds up a city filled with rampant pollution; only the hope of three children and a magical acorn can push back the pollution; a pastoral return to romantic dreams of sassafras trees and frog-filled countrysides.

Halfway through, a kid runs out of the amphitheater and comes back with a plastic bag of chips. He’s loving the performance, and loving it even more with his pre-packaged snack. His shirt has an ad for electrolytes. Five or six families have brought out their silicon-chipped, electricity guzzling phones. It’s a big amphitheater, so two large speakers project the songs all the way up the audience. They’re selling shirts at the entrance made in China and printed in chemical dyes. We all took our cars out on the winding highways to attend the show.

The more you say you want something, the less you see it for what it is. How much comfort are we willing to give up? Will we leave the forest to the trees and stop using paper? Will we fill in the silicon mines and plant flowers on the graves of our iPhones?

S told me she bought her son a toy excavator for his 2nd birthday. When the big machines came out to cut down the forest, he was happy, he cheered. People started clearing land for a reason. We let industry burn away our ozone because there’s beauty in this too. We all want the answers to be easy. But they never are.

“But now,” says the Once-ler, “now that you’re here, the word of the Lorax seems perfectly clear. UNLESS someone like you cares a whole awful lot, nothing is going to get better. It’s not.”

Countdown to my reading as featured author at the Third Wednesday Open Mic:
WHERE: Fig Raleigh, Raleigh NC
WHEN: 04/17/19; 6:30p.m. (open mic sign-ups start at 6:00p.m.)
DAYS REMAINING: 5
Come out and support the Coffee Log!

I was talking to a friend about old TV shows. Very old, cartoons. She made a joke that turned into a reference that turned into twenty minutes of wiki searches. We shared our nostalgia and felt that nice tingle you get from calling up old names. Evey generation says this – ‘Back in my day’ – but the repetition doesn’t make the feelings any less real.

There was a kid in the bank today. She was two years old, barely walking. She had a big blue pacifier and followed her mom to the teller line. When she looked at me, I waved. No reaction. She was busy with secret somethings – all those events happening a couple feet off the ground – that only a two-year-old can know.

Nine years ago, I had a flash-fire feeling I could become a father. It was early on in a love affair and our protection fell through. I remember falling asleep beside her with blurry amber fantasies. I was in and out of sleep that night. The next morning, we rushed to the CVS and got a morning-after. I was giddy when she took the pill. We went to ihop and I bought us both endless rounds of pancakes. I wasn’t thinking about what had happened, or what kind of racking the pill might have on her body. I didn’t ask. I was only thinking about myself, my own future – bright, sunny, hopelessly clear.

I think all of us are hardwired to push and pull against passing ourselves on to another generation. Everyone ends up on a different side of the tug-o-war. There’s no right, no wrong, just a frightening sense of ‘life isn’t just about me.’ You can give yourself wholly over or be in various stages of walking away. No matter what, though, you’re afraid to lose something special – slick nostalgia, saturday morning cartoons. ‘Back in my day’ only lasts until tomorrow.

Currently Reading: The Sense of an Ending, Julian Barnes

Adults are just obsolete children and the hell with them.

I bought figures and a game book at the local hobby shop for a DnD campaign I’m running. The store was busy. They were hosting tabletop games.

I like places where people feel comfortable to be themselves. There was a lot of cheering, a lot of laughing at the store. Community is valuable and hard to come by.

I’m writing this in the Chinese joint I frequent. It’s my second trip this week. I’m with two friends, we’re just about the only ones in here. It smells like fat and salt. The lady at the counter knows my order.

A cold whipped Saturday night. Winter storms on the way. In food or games, we wait for the sky to harden and crack apart together. A little warmer this way.

I like nonsense, it wakes up the brain cells. Fantasy is a necessary ingredient in living. – Dr. Seuss

Coffee: Drip, Carolina Coffee Shop; it was sour enough to know it had been sitting out for a while. The restaurant was busy. Our waitress said she’d been on her feet since 8 am.

I’ve been eating at Carolina Coffee Shop for eighteen years, first going there every now and then on trips into Chapel Hill with my parents. I met my parents there today. It crowded. There was a UNC football game so I had to park in Carrboro and walk up. It was sunny, humid, but mostly pleasant. There were kids in blue polos, dads in blue polos, girls dressed better than their dates. I walked fast and checked my reflection in the windows. Lots of unfamiliar windows, new buildings, I looked five years younger in them. “I used to live here,” I kept thinking. You only get disgusted by places that grow up without you.

About 80% of the times I’ve eaten at CCS – which must be in the dozens – they’ve sat me in a booth on the western wall facing the door. The restaurant’s been renovated over and over but they keep on putting me there. The bar’s in arm’s reach. We’re halfway to the bathroom, halfway to the doors. If you swung a pendulum from the antiquated ceiling, it’d hit me square at the apex. I assume it’s cosmological: put me anywhere else and someone in China slips off a ladder; two-headed dogs are born; or all the whales beach on chilly coasts south of Anchorage.

Today, the view was my family on the booth-back, the struggling waitresses, foot traffic on Franklin. Yesterday, it was the same. For everything that’s changing, this one thing can’t. Everyone you’ve said goodbye to, all in one place.

I got the eggs benedict but traded ham for avocado. It was good. Next time, I’ll probably order the same. 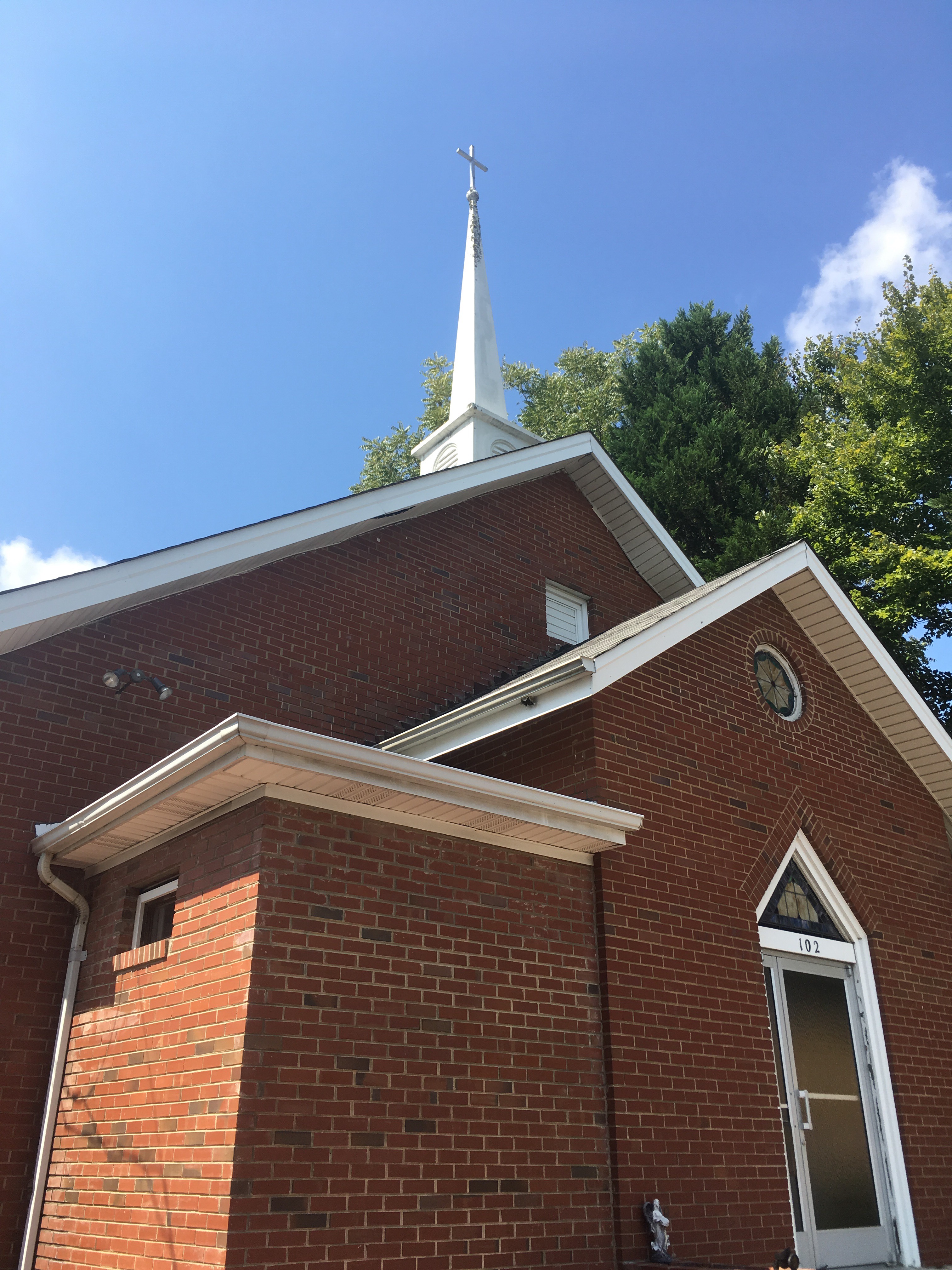 I sat down and almost wrote something about Japan. A bad habit. I don’t want to deal with the gunk of 28 years in NC so I play in Kumamoto, Fukuoka. There’s meaning in escapism, forgiveness if you learn the right lessons from it; I wrote a book about her, the country, the city, the woman I stole a kiss from in Hakata station; I’ve got to stop talking about that separate place.

Maybe I’ll never know what to say about a Southern June. Her toes were purple but they’d grown out so the purple only tipped them, pig’s blood; the rest of her was human, stretched leather, you can almost see through but not quite.

June dates me like she’s missing something; she’ll squeeze, squeeze, spritz liquor, collect me in a mason jar, take the stuff back to someone else. We’d always rather be on the other side of the world.

I sat in a tire swing at my parents’ friends’ house at seven years old and watched the chicken coop suffer. They were all inside having barbecue. My mother couldn’t eat, she was vegetarian. It was a nice house. I couldn’t stand it. I’d had my fill of pig’s blood.